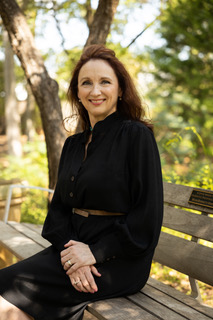 Trayce Bradford is the Policy Advisor for Freedom’s Fund USA. Prior to joining the FFUSA team, Trayce was a candidate for Texas Lt. Governor and has extensive background in policy.

In addition to national experiences, Trayce has greatly focused on protecting freedom and national security in the State of Texas through various policy, legislative issues. Trayce actively campaigned and developed relationships with many members in the Texas House and Texas Senate, prepping for the 2013-2021 Texas legislative sessions. During that season, Trayce represented Texas at various conferences and coalitions around the nation, to include a meeting with a select group of leaders and the commander of Randolph Joint Base San Antonio to address protecting Texas electric grid and its impact on the military. She was presented along with several other Texans the “Patriot Award” from the Center for Security Policy in Washington, D.C.

Prior to her involvement in politics and government, Trayce led several prayer teams, as the Dallas Prayer Coordinator for Promise Keepers for 10 years. She now serves on their Women’s Advisory Board. She continues to lead and participate in intercessory prayer teams to pray for America, political leaders, and pastors. She serves as the Legislative Specialist for the Texas Apostolic Prayer Network and coordinates prayer calls, as well as prayer teams.

Trayce is a graduate of Texas A&M, earning her degree in Marketing. She has used her skills, influence, experiences to motivate her children, friends, and fellow Americans to make a difference in the world.

Trayce Bradford is a mother of 7 beautiful children, wife of 33 years, grandmother of 3, a native Texan and faithful citizen of these United States of America.

Invite Ashley to speak at your event